She took part in her first musical job when she was 7, recording for one of his father’s album. Her first #1 was a duet with him singing together ‘Fyrir Jól‘, a Christmas song. After several musical projects, last year she formed the band Blissful together with her husband, Einar Egilsson. They already have released their first single, ‘Elevate‘. She also has her own fashion line, ‘Kali’. And now, she will represent Iceland in Kyiv, as well her father Bo Halldórsson did in 1995. Svala will sing in the first Eurovision Semi-final, which is scheduled to be held on the next May 9th. 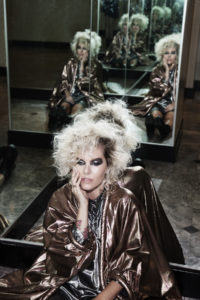 Eurobloc.- How did the Eurovision 2017 project start? Was it your idea to take part in the Söngvakeppnin? Was ‘Paper’ specially composed for it?

Svala.- Me and my husband Einar wrote the song together with Lester Mendez and Lily Elise in LA where we live.  The song was not written for Eurovision originally.  We have been in many writing sessions for the last two years cause we have been writing for our new band Blissful and other artists in LA.  And ‘Paper‘ came out of those writing sessions. It was actually my husbands idea and not mine to submit it to the national selection in Iceland.  We knew right away that this song was very epic and big.  It took me a couple of days to be convinced but then I decided to do it cause the message is so important in my song and I knew that it would probably do pretty well in the national selection.  Also I only wanted to compete in Eurovision if it was on my own terms and with a song that I co-wrote and could stand behind completely.  And ‘Paper‘ is such a personal song and I’m very proud of it. And it feels right to compete with a song that I believe in so strongly. 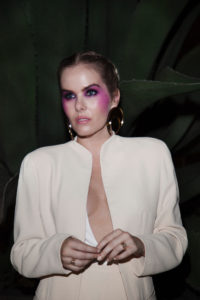 Eb.- Your song has got dramatic, passionate and powerful lyrics. Is it based on a personal experience?

Svala.- Oh yes it is.  And it was hard to write cause it came from very painful memories of dealing with difficulties in my life.  I wrote my song ‘Paper‘ about a very personal experience.  It´s about dealing with difficulties in your life but overcoming them.  I´ve been very open in the media in Iceland that I dealt with a lot of  anxiety throughout my teenage years and early twenties. Music has always been my salvation and my safe place and I wanted to write about what I went through when I dealt with those difficulties.  We all deal with something in life.  No one has a perfect life.  This is what connects us as human beings.

The word ‘paper‘ in my song is a metaphor for emotions.  When I wrote the lyrics I wanted to describe the relationship I have with myself while dealing with anxiety. My anxiety makes me feel fragile and makes me feel vulnerable like paper. The purpose of me writing my song is to be open and honest about myself and not be ashamed about dealing with this. Because when we are open and when we talk to each other, we are setting ourselves free. By not being ashamed we are facing our fears and we are not giving up. I still have my bad days but thankfully I’m at a much better place now and anxiety doesn´t control my life anymore. But it´s so important to me to talk about it to be able to help others and inspire. Hopefully my song does that for people around the world that deal with difficulties in life.

Eb.- What can you tell about your performance in Kyiv?

Svala.- It´s gonna be different from the one I did in Iceland. And it´s a surprise. I´m so excited about it and I hope you guys will love it as much as I do.

Eb.- Do you pay attention to bets on the Eurovision Song Contest?

Svala.- No I don´t. I´m not doing it for that. It´s all about the music for me. I want to touch people with my voice and my song. That´s the only thing that matters to me.

Eb.- How are your working days since you won the Söngvakeppnin?

Svala.- I´ve been so busy that´s it´s crazy. It´s similar to when I´m on The Voice in Iceland. The schedule is insane and I don´t have a social life. But I´m thankful and I love being busy doing what I love. 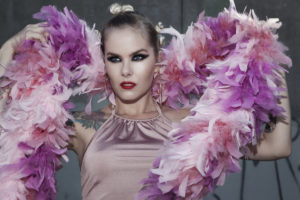 Eb.- As Iceland is one of the countries where the Eurovision succeeds every year, how does an Icelandic Eurovision representative feel during these weeks until the Contest is held?

Svala.- I can only speak for myself. I feel great. I feel excited and positive. I feel butterflies in my stomach and I can´t wait to meet everyone and enjoy this magnificent ride. I can only do my very best in the competition, everything else is out of my hands. I can´t control the outcome. But I can control how I perform and how I approach this whole adventure.

Eb.- Recently, we watched you in a funny and nice video singing ‘Paper’ together with Yohanna and Selma inside your car. Which advices have they given to you before you take part in the Eurovision Song Contest?

Eb.- For sure, elder fans remember your father in the ESC 1995. The Contest has really changed very much since then… What does he think about the current ESC? Will he be with you in Kyiv?

Svala.- He will not be there. My parents will be watching from Iceland. He thinks the competition has gotten too big and sometimes a little bit too complicated cause there are two semis and one final. When he went there was only one competition. But he´s very proud of me and supports me all the way.