She wanted to be an actress but we mainly know her as a singer despite her previous success on the Musicals stages. She has taken part in the Eurovision Song Contest twice; she won the 1973 Contest. She is a French but represented Luxemburg before trying it again for her mother country. Anne-Marie David is one of the most important Eurovision stars. Although she does not reject to take part again in the famous European Contest, she knows many things changed since her victory. She claims the idea that inspired artists to sing in the ESC; just artists, beyond marketing.

Eurobloc.- You took part twice in the Eurovision and tried to represent France in 72. Which was the main asset for an artist to sing in this show, back in these days? Was it a risk to take part in it and not reaching a good position?

Anne-Marie David.- I won ESC in 73 and so, for ever this year belongs to me. For ever I am the 73 winner. ESC is not like a boxing title… Going a second time to ESC competition or more never changes the 73 result…. You may fail, but you never loose your title.

Eb.- Your victory was a very important success; you won in front of some of the most famous artists in Europa: Cliff Richard, Massimo Ranieri, Mocedades… Have you ever felt your victory undervalued?

AMD.- No I’m not. Lots of real fans of ESC know how difficult it was for me to become the 73 winner. There was, as you mentionned it, very strong entries, and if you look at the results, we were all very close in points to each other. 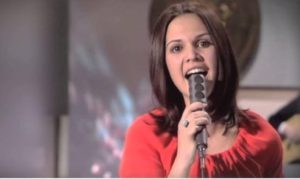 Eb.- Which was your opinion about the Spanish song and contestants in 73, Mocedades, who got the second place just after you?

AMD.- Mocedades was for sure the most dangerous with their song, and Cliff Richard because he was already a big star. I was totaly unknown at that time, except in France with already an award in 72 and Mary Magdalene role in Jesus Christ Superstar also in 72.

Eb.- If you had to choose one of your entries 73/79; which one enjoyed you the most?

AMD.- It’s impossible to compare my 2 songs. They were not based on the same musical logic. ‘Tu te reconnaîtras‘ was a message, and the more I sing it the more I feel that this message is actual. ‘Je suis l’enfant soleil‘ is a drama. A hurting drama based on a dramaticly ending love story, based on emotion. But I do love them both, maybe with a preference for the second one, as I love to act in songs.

AMD.- Life has brought me back to stage, and a friend who understood that it would be the best thing for me to do at that period. But you know with years, I’ve learned that when you are made or gifted for something, you always go back to it.

Eb.- It seems you also tried to represent France again in 2013… Will you try it again? Would you like to sing again in the Eurovision Song Contest?

AMD.- Yes I’ve tried to come back in 2013, but just because I felt that I had a good song… So if I feel that a have a good song again, I can return to ESC competition even if I know that it’s no more the same game we have to play. 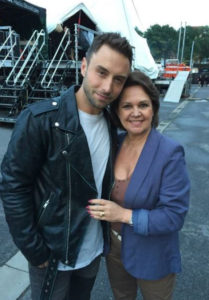 Eb.- What do you think prevails the most in the final result of nowadays Eurovision Contest? A good song/singer/performance? A good commercial product? Maybe politics? A good promotional campaign…?

AMD.- That’s the main question. A thing a bit of each… but for me, the main thing is to show your willing of victory, added to charism, intelligence, sensibility… the best sample for me is Conchita Wurst… added to the fact that her song was brilliant and perfect type of an ESC song!

Eb.- You have said it would be a good idea that Eurovision could give a different Price to both the best soloist and the best group in the Contest. Which are the reasons for it?

AMD.- Just because you cannot choose between liters and kilos! What happens if in the same night you love an interpreter AND in the same time a show man or girl? Who’s the best? You just have one vote to give! It’s totaly unfair! I can choose between 2 interpreters, between two show boys or girls, but not when you mix both styles ! 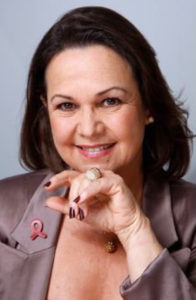 Eb.- The Eurovision have also adopted all modern changes in Music Industry… No more orchestra, we have recorded backup, choreographies and scenography are much more important than before… Do you feel Music is forgetting “poets” that can get the audience excited in front of a complete marketing job done not only by singers but by managers, record labels, videoclip directors, choreographers….?

AMD.- I still think that we forget the essentials.

3) When you vote for a competitor, if the lights are good or bad if you have necked dancers or no dancers, should not affect your vote… as it’s a SONG contest !

4) I’m against the idea to show and promote in advance the songs in competition, as they are based on perfectly well done clips! On the night show you vote for what you see, not for the best clip, not for what you have seen in the rehearsals!

5) Televoting is totaly out of control! So all the results are easy to modify…

You see… we are far away from the previous idea of ESC! 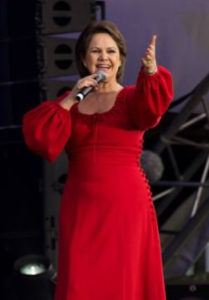 Eb.- You started becoming famous on stages thanks to Musicals, but later on you cultivated much more just singing. Was it thanks to opportunities or maybe you didn’t really enjoy Musicals as much as a soloist on the stage?

AMD.- Not at all. I didn’t want to sing at all! I wanted to be an actress. But musicals are good compromises. Unfornately for me, I think I’m born in a the wrong country. I probably would have had better carrier in UK or USA. France was not a real country for musicals for long! But I lOOOOOOOOOOOOve musicals… good ones of course… I am actualy working on two pop operas. One of them is fully in my hands… I really hope I can release it, not as a performer but as a producer and promoter. The composer is Jean Musy the music film composer… he used to compose several songs for me, amongst  them, the song I tried to enter the ESC with, in 2013!

Eb.- What do you think about the last year French Eurovision entry, Amir Haddad’s “J’ai cherché”?

AMD.- Well I love the performer. He is a real good one…. I don’t like very much his song… He carried the song on his own, and with a better song… He should have won ! 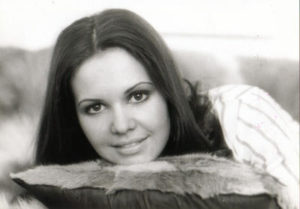 Eb.- And, what about the new Eurovision winner, Salvador Sobral?

AMD.- For the first time of my life I have not heard any of the competing songs at 2017 ESC. And because I don’t have any TV at my new living place, I’ve followed ESC on radio! Yes on radio! Why not! As it’s a SONG contest… no need of any picture! It has changed all my perceptions… So to be clear, this year was a real shame for music! A real disaster! Every country more or less proposed the same thing. No melody – no harmony – almost all in English with very cheap lyrics, and almost same type of singing and same type of screaming noise!

All of a sudden I heard the Portuguese entry! Oh my God! In Portuguese? What a challenge! And then, slowly, a quiet but very personal atmosphere, with harmonies, no screaming, emotion… caught my ears! There it was! I could just feel and go to meet the emotion. The day after I saw the performance and the face of the winner… and heard some of his interviews… spontaneous, and direct. It disturbed some of the competitors of course… but who did he disturb ? If it used to be such a disturbance for the listeners and the viewers… He shouldn’t have won!!! But he did! Ask yourself why?

I do have a concept that I promote for four years now, called ‘My cinema without image‘ where the image comes from listening a real film, an original one, based on the words, the story, sounds effects and symphonic music,  and the image comes from what your hear. There is no screen, you are in total darkness, with a mask on the eyes, and… imagination creates your own image through what you hear! It’s exactly what the blind people live daily. It’s their universe, their image… and they invite us to enter in! What an experience when our ears have to become our eyes!

So! For now, I Hope this year result will make next year competitors reflect a lot more about what they will propose in 2018! Personaly I love that melody ! And Salvador Sobral is a real sensible artist… Would love to sing with him!

And as an advice: Try my experience next year …Listen to ESC through radio! And enjoy!

Ben Morris; when Art lands on the Eurovision Song Contest