Strong performance, powerful voice, spectacular staging… It’s Malta’s bet in Lisbon’2018. She is… Christabelle! She dreamt about performing in the Eurovision since she was a child. Finally, she got it after three attempts since 2014. With her song ‘Taboo‘, that she wrote with Johnny Sanchez, Thomas G:son and Muxu, she encourages us to help people who is suffering from mental health and break all the taboos about it. Do not miss her videoclip and the story behind it! We have got the chance to make an interview to Christabelle. These are her answers. 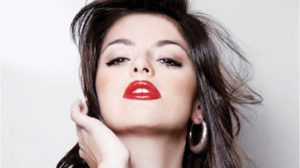 Eurobloc.- How did your Eurovision 2018 project start?

Christabelle.- Well, a long time ago, way before I ever took part in the Malta Eurovision Song Contest! As a child, I can remember my family and I being all huddled up in front of the television on the big night. Because of that, it’s always been my dream to perform at Eurovision. I’ve taken part in the Malta Eurovision Song Contest a few times. About two years ago, however, I decided to take a break and focus on other parts of my life and career. The lessons I learnt during that time helped me create the song and performance this year. That journey, however, wouldn’t have been possible without all the people who have supported me throughout the years, including the fans who make it all worth it!

Eb.- So… Was ‘Taboo‘ specially composed for the Malta Song Contest?

C.- It was, indeed, although the subject is something that I’d been thinking about for a long time. ‘Taboo’ was written by myself along with Johnny Sanchez, Thomas G:son and Muxu and it’s a very personal one for me. The song talks about the need to break down the taboos that surround mental health, and how important it is to be kind and open. That’s something that I have experienced myself, and I had never realised how difficult it would be to tell your loved ones that you’re feeling mentally or emotionally well. 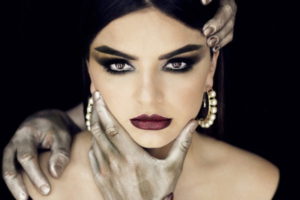 Eb.- Which is the message in ‘Taboo‘ you pretend spread around Europe and Australia?

C.- The song talks about the struggles of mental illness and about the taboos that still exist around that topic… I believe that, just as we go to see a doctor when we have physical problems, then it should be the same when it comes to our mental health. Unfortunately, too many people suffer in silence when they could be helped to a better place, so it’s important that we all recognise when people are struggling and encourage them to not hide in the shadows.

Eb.- Your performance during the Malta Song Contest was quite strong and spectacular. Are you thinking about something similar to it in the Eurovision?

C.- I’m hoping it will be even bigger and better, actually! And it’s for that reason that I’m working with a fantastic artistic team on bringing ‘Taboo’ to the Eurovision stage… Complete with a surprise or two! 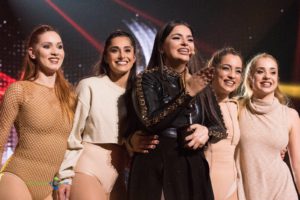 Eb.- Have you received some advice from other former Malta representatives in the Eurovision before travelling to Lisbon?

C.- I have! They’ve all been very supportive, and their advice will be invaluable as I head to Lisbon to proudly represent my country… I think it’s also great that they all say that Eurovision was a very special moment for them both career-wise and personally!

Eb.- Have you already heard all the other songs taking part in the Eurovision Song Contest? Which are your favourite ones?

C.- There are so many good songs in the Contest this year that it’s hard to pick a favourite! I think it’s great that there are so many different genres being represented, too!

Elina Nechayeva: “I am glad to show people that classical music is powerful and amazing”