And finally… We will enjoy the Estonian projection dress in Lisbon! A last minute sponsorship deal made it possible, so the Estonian delegation has finally got 65000€ for the project to become true. Saku Suurhall, Carglass, Estravel and River Island gathered to help Elina Nechayeva’s performance in Lisbon shine; additional funds were provided by the Estonian broadcaster and the singer’s management. Estonia is currently the fifth favourite to win in Portugal but… let’s see what will happen after the announcement. Eurobloc has made an interview to Elina, who is taking a short break in Florida ahead of her arrival in Portugal. 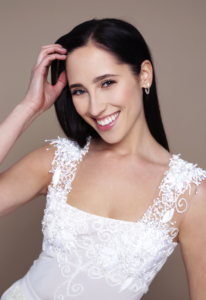 Eurobloc.- How did your Euro Laul’18 project start?
Elina Nechayeva.- I co-hosted the semi-finals of Eesti Laul last year and I had a thought in my head that maybe I would be able to bring something different to this contest – but it wasn’t until Mihkel Mattisen and Timo Vendt who heard me sing at my best friend’s wedding that the idea was born!

Eb.- How did ‘La Forza’ was born? Was it specially written for the Eesti Laul?
EN.- Mihkel and Timo wrote the music for me and I wrote the lyrics with my friend Ksenia and we submitted it for Eesti Laul, not expecting anything – and you know the rest. The lyrics were never going to be about anything else but love. We wrote the lyrics pretty quickly, but universal love for all things was always our topic.

Eb.- Which is the feedback you are receiving for sending an opera style song to the Eurovision?
EN.- I have received many messages from people around the world who connect with my song and feel its message. I think that Eurovision is a place for all music and I am so glad that I have been able to add to that and show people that classical music isn’t something boring – it is powerful and amazing!

Eb.- Your performance during the Eesti Laul was quite elegant and brilliant… Is just this what we will see in Lisbon or there will be some changes?

EN.- I hope that we will do it as close to the same way, because in Eesti Laul it worked perfectly and I hope that it will work in Lisbon too. 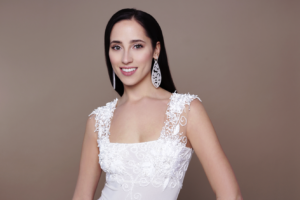 Eb.- You are one of the main favourites to win, after Israel. Is it a pressure for you?
EN.- I don’t actually feel any pressure – I just want to do my best. I am a professional singer, so this is my work. This is what I do every day, I sing and I’m an artist and I do it always with all my love and passion. So I will do my best and I will give all my love to the audience – I am already collecting the love from all over Europe!

Eb.- How is a normal day for you since you were chosen to represent Estonia in Lisbon?
EN.- I have been performing a lot and also studying. I just came from New York where I took part in an opera master class with a world-renowned opera coach called Kemal Khan. I am now taking a few days in Florida to relax and recharge my batteries before we arrive in Lisbon!